We arrived in Las Vegas well-rested after two days of no skating and light hiking in Zion and Grand Canyon national parks. We dropped our rental car off at the airport, met the first skaters there, and even the shuttle chauffeur was already well-informed about roller derby since he had been driving RollerCon participants to the Riviera all day. The dry desert heat and the crazy hotels-gone-amusement-park architecture of Vegas stunned us - so much life in such a dry environment is amazing. We spent an average of 9 hours per day on skates and most of the rest of our waking days watching bouts and talking derby, little time was left for eating and sleeping but the excitement of it all carried us through 5 intense days. We'll spare you the details, instead, here are our top RollerCon moments:
1. All of Smarty Pants' classes (we took three of them) and her unique and very productive coaching style.
2. Stephanie Mainey's eye vision class in which we learned to have eyes at the back of our head and her blocking class in which we learned to hold back someone we could see with those secret eyes.
3. We've never felt as graceful on skates as we did in Dirty Deb Harry's classes; she revived the basics for us by being an excellent and down-right hilarious teacher.
4. We're not quite sure how she does it, but Juke Boxx can take you from barely getting your feet off the ground to jumping three people on the apex in two hours. She also teaches a mean Skatercize class in a can-totally-pull-it-off bodysuit whilst eating pizza.
5. Hurricane Heather makes jam-skating so fun that you don't realize how much you've learned for your derby skating until the class is over.
6. We found out that there are lots of almost magical ways to block that we'd never thought of in The Rev's classes.
7. After midnight, weird white foam begins to form on the Riviera pool and after two days your hotel room will "smell" of derby gear even when that gear is not in the room.
8. Demanda Riot uses the F-word very effectively to describe crotch weight (!), blocking technique, skating styles, and sneaky jammers and you've never really snow-plowed until you've done it Scald-Eagle-style with a lot of chatter and burning muscles. There is no particular reason why we mention these two together ;)
9. 8mean Wheeler's classes are bound to make your head spin: So much useful stuff that we'd never even remotely thought of before and just when you wish you could forget some of it again, you realize how important it all is.
10. Suzy Hotrod is the Justin Bieber of roller derby. She has the better hair and teaches in.an extremely insightful manner with so much dedication to demonstrating skills that she'll drag the mic across the track behind her for half a lap without the insane noise distracting her.
That's it. That's our list. That was RollerCon 2013 minus all of the great people we met, the volunteers who amazed us with their ability to good-naturedly deal with their jobs each and every day, the occasional fatigue, the derby crushes, and the overwhelming sense of community. 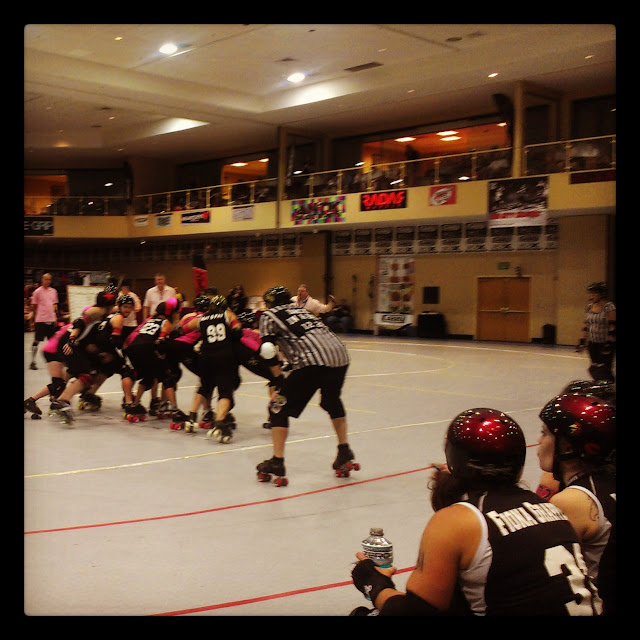 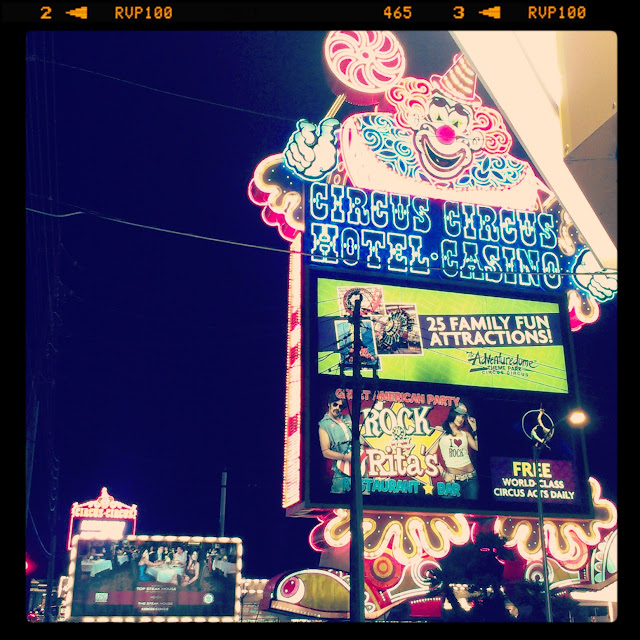